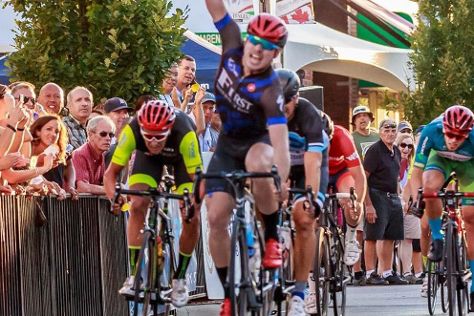 On the 21st (Fri), head off the coast to Peche Island and then visit Via Italia. Get ready for a full day of sightseeing on the next day: walk around Reaume Park, then take an in-depth tour of Mackenzie Hall, then play a few rounds at Ambassador Golf Club, and finally tee off at Seven Lakes Championship Golf.

For where to stay, reviews, maps, and other tourist information, go to the Windsor sightseeing site.

Toronto to Windsor is an approximately 4.5-hour car ride. You can also do a combination of ferry and flight; or take a train. Expect a daytime high around 31°C in August, and nighttime lows around 19°C. Finish your sightseeing early on the 22nd (Sat) so you can drive to Leamington.
more less

Things to do in Windsor

Leamington is a municipality in Essex County, Ontario, Canada. To see where to stay, ratings, more things to do, and more tourist information, read Leamington online tour planner.

Traveling by car from Windsor to Leamington takes an hour. Alternatively, you can do a combination of bus and taxi. In August in Leamington, expect temperatures between 30°C during the day and 21°C at night. You'll set off for Kingsville on the 23rd (Sun).
more less

Things to do in Leamington

©
Kingsville is located in Essex County in southwestern Ontario, Canada, and is Canada's southernmost municipality with town status. Start off your visit on the 23rd (Sun): do a tasting at Black Bear Farms of Ontario Estate Winery, tee off at Kingsville Golf & Country Club, then walk around Lakeside Park, and finally look for gifts at Old Dutch Guys Chocolate.

For other places to visit, maps, reviews, and other tourist information, refer to the Kingsville online vacation planner.

Kingsville is very close to Leamington. In August, daytime highs in Kingsville are 30°C, while nighttime lows are 19°C. Wrap up your sightseeing on the 23rd (Sun) early enough to travel back home.
more less

Things to do in Kingsville